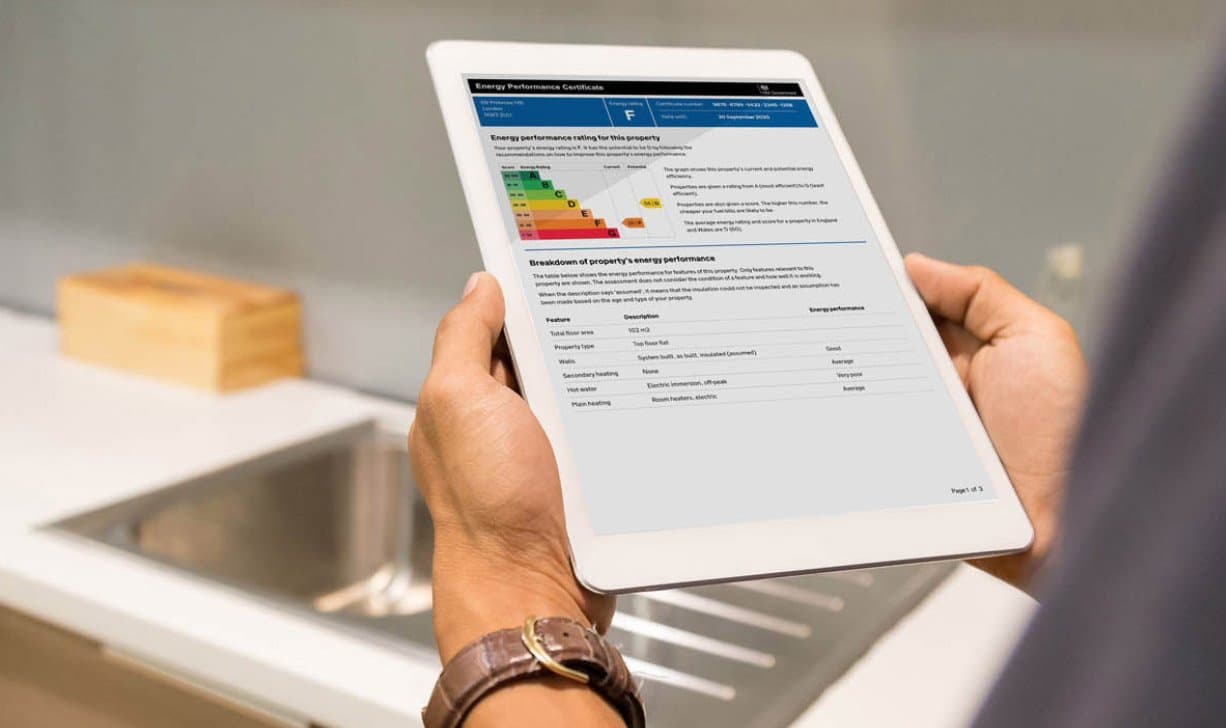 There are regional differences in the calculation methods used to determine EPC ratings, which can lead to confusion.

Buildings in Scotland will often achieve a lower rating than a similar builging in England, and these lower ratings can result in investors having a bias towards England with their investments. So it’s important to look at the underlying energy usage, and not only the headline rating.

In England and Wales the EPC system calculates the asset rating based on a ratio of the BER (Building Emissions Rate) and SER (Standard Emission Rate). The SER emmisions of the reference building is multiplied by 50, and the associated band is derived from a self reference linear scale where the B-C boundary is fixed at 50 and the top of A is 0. This rating system has an upper limit of 150, but this is not a linear carbon scale, unlike the Scottish system.

In Scotland the rating system calculates the numeric asset rating as the BER in kgCO2/m2/, with the associated band derived from a linear carbon scale A-G from 0 to 100.

In some cases a building in Scotland can recieve a lower rating than an equivalent building in England, so someone could easily assume the building in England is more energy efficient when the opposite is true. A more representative comparison could be obtained if the BER was compared and not the headline rating.

However, the England & Wales method tends to spread wide ranges of building performances over the whole scale so is therefore more sensitive for certain building sectors in the assignments of EPC bands.`

A lack of understanding of the principles behind this approach and how they compare with the self-reference method may be why there are perceived disadvantages when using the EPC calculation method in Scotland, compared to when using the England and Wales method.